Well, I don’t believe me! 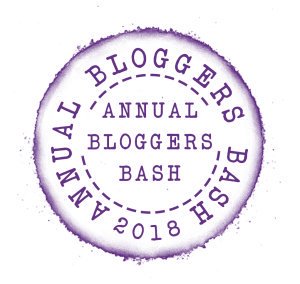 Look, you see that big old jpeg up there? That is telling you that voting is open for the Annual Bloggers Bash Awards 2018. And why, I hear you ask in a totally fake surprise voice, are you telling us this? Well, you see, and this is the good bit….drum roll please…

*sigh* for Pete’s sake, it’ll have to do…you see…*deep breath*

I HAVE BEEN NOMINATED FOR BEST NEWCOMER!

Exciting, no? Now, I’m not saying you have to vote for me, just because you’re reading this and think that my blog is the utter mutt’s nuts an’ all, but it would be awfully kind if you did, and you would totally go to the afterlife of your choice. You would get to skip the lines of heretics and the undecided and go through straight to the express queue. And if you don’t believe in an afterlife, then you would rest for all eternity in the internment of you choosing, or your family’s choosing, safe and cosy in the knowledge that your descendants will know that their ancestor voted for me. Nice, huh?  “But, but, but, what  will happen to me, Mr. Beardy Blogger, if I don’t vote for you?” Who said that? Come on, I won’t be angry with you if you own up. Look, this is my happy, honest face *happy honest face* 🙂 That’s ok. There’s no pressure: just pop me a message through the ‘Contact Me’ page on this site and we’ll have a little chat. And by ‘we’ I mean yourself and Angry Andy, my, er, negotiator. Ha ha ha, no, no, there’s no need to worry; Andy is called ‘Angry’ ironically. You know, like Little John was? Yeahhhh…..(I might’ve got away with that one *pondering face*)

If  you do want to have a shufty and vote for me, or any of the other nominated blogs, then you can do so HERE. And that’s without having a visit from Angry Andy.

Ok, that is all very silly and stuff, but in all seriousness I am so chuffed, stoked as the kidz would totes say, to have been nominated. To be honest, if I don’t win, so what? Just to be nominated is an honour and I sincerely thank those of you who nominated me in the first place. There are some great bloggers in my category and we can only win this award once, so I want to wish them all the very best of luck. 🙂

I’ve never been nominated for anything before so this does feel mighty fiiiiiine, if a little strange too. I am not one for attention, usually actively shying away from anything that does shine a spotlight on me or my doings. I don’t feel that comfortable in large groups or in most social situations, and I often keep myself to myself, and so for me this is a pretty big deal. But me likey and it’s a lovely feeling to know that people out there enjoy my ramblings and wafflings and general guffery.

I started this blog just under two months ago (at time of writing). I had been sharing my reviews on Goodreads for a wee while and was getting some really nice feedback from the authors, publishers and readers over on Twitter (I’m @LaughingGravy71 over there. That’s a Laurel and Hardy reference, as is the title of this post, for all you sharp eyed L&H fans out there). A couple of people encouraged me to start a blog, but I resisted at first. I was worried that my reviewing for fun might become a chore over time. I had no idea how to even start a flippin’ blog anyway. I knew about WordPress, G+, Blogger and a few others, but I had no real idea where to start and I didn’t want to shell out money or have a free blog riddled with adverts. Anyway, I sat on it and continued on my merry way and in a jaunty fashion over on GR. But then I had an epiphany. Actually, I didn’t; I just thought ‘sod it, why not give it a go?’ I can’t vouch for those exact words despite my use of the wee quotey mark things there, but I’m sure it was something along those lines. It sounds like me, anyway. Except I probably used the f-word there instead of the s-word. You know the one, don’t make me fucking say it here. I know, hilarious ain’t I?

Yes, so I though I’d have a shufty and see what blogging sites were the best for my needs and after an utterly exhaustive search of the internet I settled on WordPress, and by ‘exhaustive’ of course I mean the first one I looked at. Obv’s. Setting it all up was actually a piece of piss and before I knew it I had a blog all ready to be published and for the Great Wide World to look at.

And here you are.

I do want to shout out a couple of people who I ran it all past first and who were extremely supportive of those early, Pre-BBB days. I implore you, or rather Angry Andy implores you, to check them out. I won’t cry if you don’t, But Angry will, and he makes this bloody awful mewling noise when he cries. Seriously, it’s quite embarrassing (but don’t tell him I told you that…). Soooooo:

Firstly there is my friend, fellow book lover and all round travelling nerd Brian Callar. You can find him here on Twitter @bcallar67. Don’t be fooled by that number there; that isn’t his DOB, it’s the only number he can count up to. He’s not allowed to count up to anything higher for security reasons. I don’t ask.

Then there is the rather splendid, Kate Moloney – aka Bibliophile Book Club. She has a superb (well, it’s alright I guess 😉 ) blog here and you can find here over on Twitter here. It is Kate who I have to thank for the name of this blog. Hurrah.

Another supportive and encouraging blogger in those prehistoric days was a fellow newbie Victoria – aka Thirty Pages In. Her blog is here and her Twitter is here.

Although I have had great support from many other awesome bloggers since I published this thing these three have been there from the very beginning and without their support an encouragement this blog wouldn’t exist at all. Probably.

So there you have a very potted history of my blog. I hope it will continue to grow over time. I thank you all for following, liking, sharing and just putting up with me.